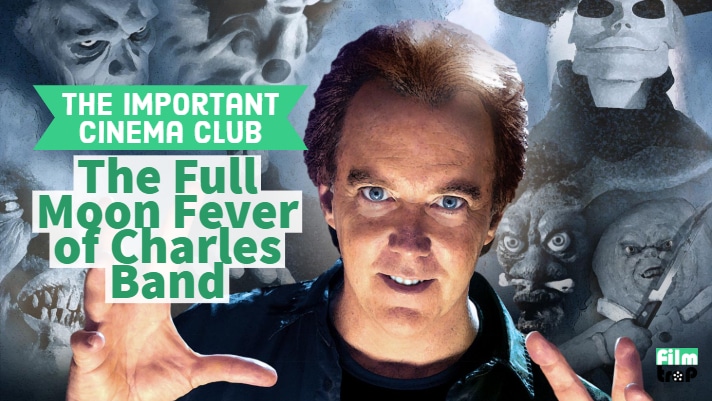 Neil Gallagher found the secret to Toulon’s puppets who come to life and then killed himself. Alex and his psychic friends come to investigate and are stalked by Toulon’s puppets who have a variety of strange traits including a drill for a head and the ability to spit up leeches.

Brick Bardo (Tim Thomerson) is a traveller from outer space who is forced to land on Earth. Though regular-sized on his home planet, he is doll-sized here on Earth, as are the enemy forces who have landed as well. While Brick enlists the help of an impoverished girl and her son, the bad guys enlist the help of a local gang. When word leaks out as to his location, all hell breaks loose. Brick is besieged by an onslaught of curious kids, angry gang members, and his own doll-sized enemies, and he must protect the family who has helped him and get off the planet alive. W

A troubled couple and their blind daughter come to Italy to visit a 12th Century castle they’ve inherited. Soon they are plagued by unexplained noises, mysteriously broken objects, and the daughter’s claims of an unknown nocturnal visitor to her bedroom. When the housekeeper and a local prostitute and are discovered savagely murdered in the castle’s dungeon, John must unlock the castle’s secret to save himself from jail and his family from the castle’s secret inhabitant.

The horrifying yet delicious and chewy Gingerdead Man causes murder and mayhem on the set of a horrible low budget movie set. It will take the determination of the studio’s young new owner to save both his company and well as the lives of his young new friends. Including a terminally ill young boy whose final wish it was to meet the studios stars – The Tiny Terrors.