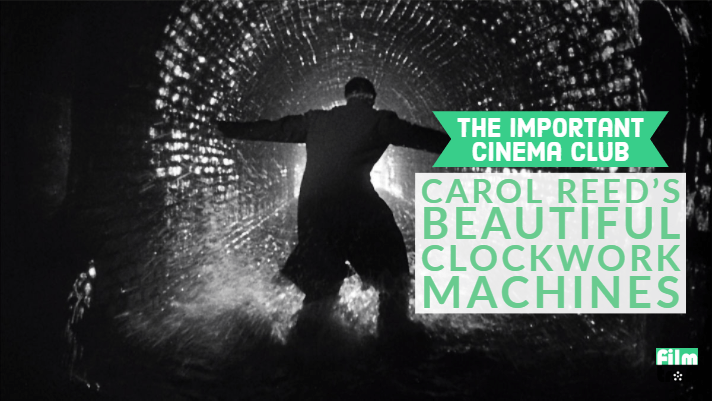 We discuss the career of director Carol Reed and his films THE THIRD MAN, THE FALLEN IDO and ODD MAN OUT.

Is he an auteur? Did he make more than one masterpiece? Did Orson Welles direct THE THIRD MAN? We find the answers!

All three films are currently available to subscribers to The Criterion Channel – who don’t officially sponsor us, but we’d gladly take their money!

Become a Patreon subscriber for $5 a month and get an exclusive episode every week! This week it was a Patron’s Choice and he picked Adam Rifkin’s THE DARK BACKWARD to for us to watch and discuss.

Set in postwar Vienna, Austria, “The Third Man” stars Joseph Cotten as Holly Martins, a writer of pulp Westerns, who arrives penniless as a guest of his childhood chum Harry Lime (Orson Welles), only to find him dead. Martins develops a conspiracy theory after learning of a “third man” present at the time of Harry’s death, running into interference from British officer Maj. Calloway (Trevor Howard) and falling head-over-heels for Harry’s grief-stricken lover, Anna (Alida Valli). Directed by Carol Reed.

The young son of a diplomat, Phillipe (Bobby Henrey), often finds himself alone. To entertain the boy, the household butler, Baines (Ralph Richardson), creates adventurous stories of his past. As a result, Phillipe idolizes the servant, seeing him as a hero. But when Baines’ wife (Sonia Dresdel) falls to her death, the police believe Baines was behind it. Phillipe, who witnessed the event, will do anything to protect the butler — but he only makes things worse by doing so.

A wounded fugitive’s dark odyssey through the streets of Belfast. Following a `fundraising’ robbery which goes horribly wrong, the badly injured, abandoned, and increasingly delirious IRA leader wanders the city in search of an escape route from the British authorities.