The Bloody Satisfaction of ‘The Black Tavern’ (1972) – Review 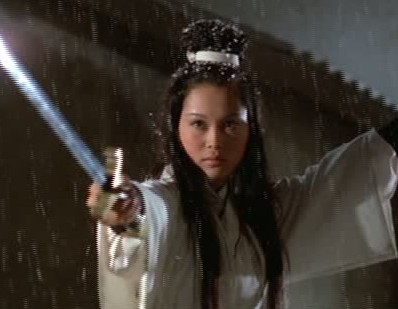 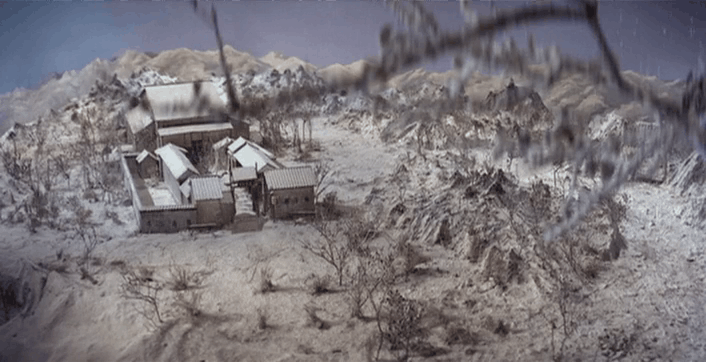 No, this isn’t THE HATEFUL EIGHT. 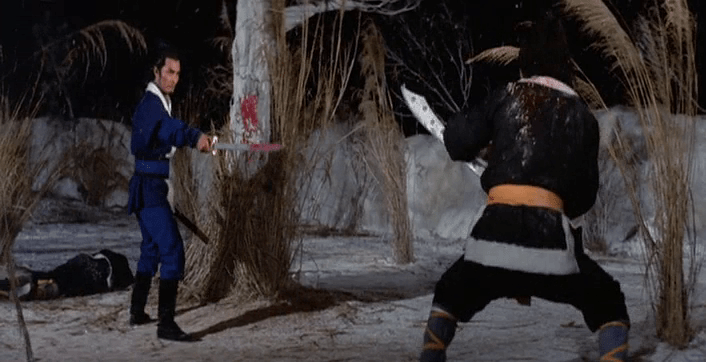 THE BLACK TAVERN* is a low budget exploitation riff on King Hu’s arty DRAGON INN. In this case, the plot involves a bunch of super powered hero/villains meeting in a snowbound tavern to ambush a gold carrying political official. But who is friend? Who is foe? Sometimes only the tip of a blade can decide. Head will roll. 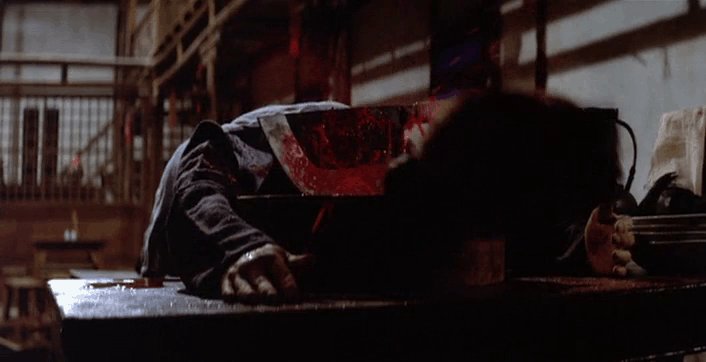 The stage bound nature of a Shaw Bros studio productions allows the film to be slathered in creepy mood. The wind constantly howls in the endless darkness around the tavern, the snow never stops falling, and there’s always a mysterious new swordsman around the corner. Could it be The Whip Master? The man with the hopping vampires? The devil headed cane fighter? You can never be sure who’s supposed to the protagonist and that’s a refreshing change of pace for a martial arts picture. The fights themselves are long and intense, filled with acrobatic movements, and endings that are surprising in their blood spewing finality. No one fights to a standstill in THE BLACK TAVERN. It’s always to the death. 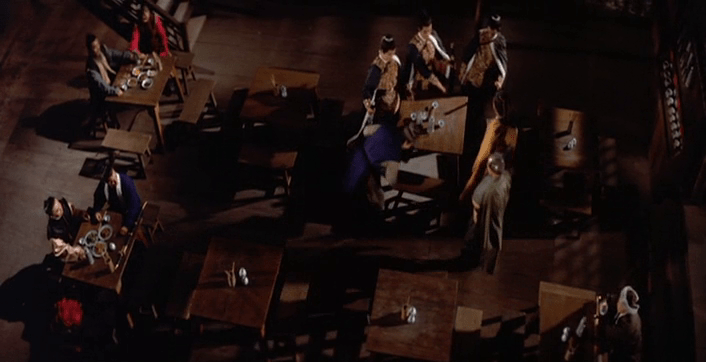 The Shaw Bros had such a massive catalog it’s not surprising that some films fell through the cracks. If the film didn’t have a big star or a big director, it was doomed to be forgotten, especially when if the film never got a US release**. It’s only now thanks to the Celestial DVD re-releases that genre fans can discover the gems that have been previously lost the sands of time.

Do yourself a favor and seek this one out.

**I couldn’t even find a trailer online for this one, which is probably for the best, because it works great going in cold.