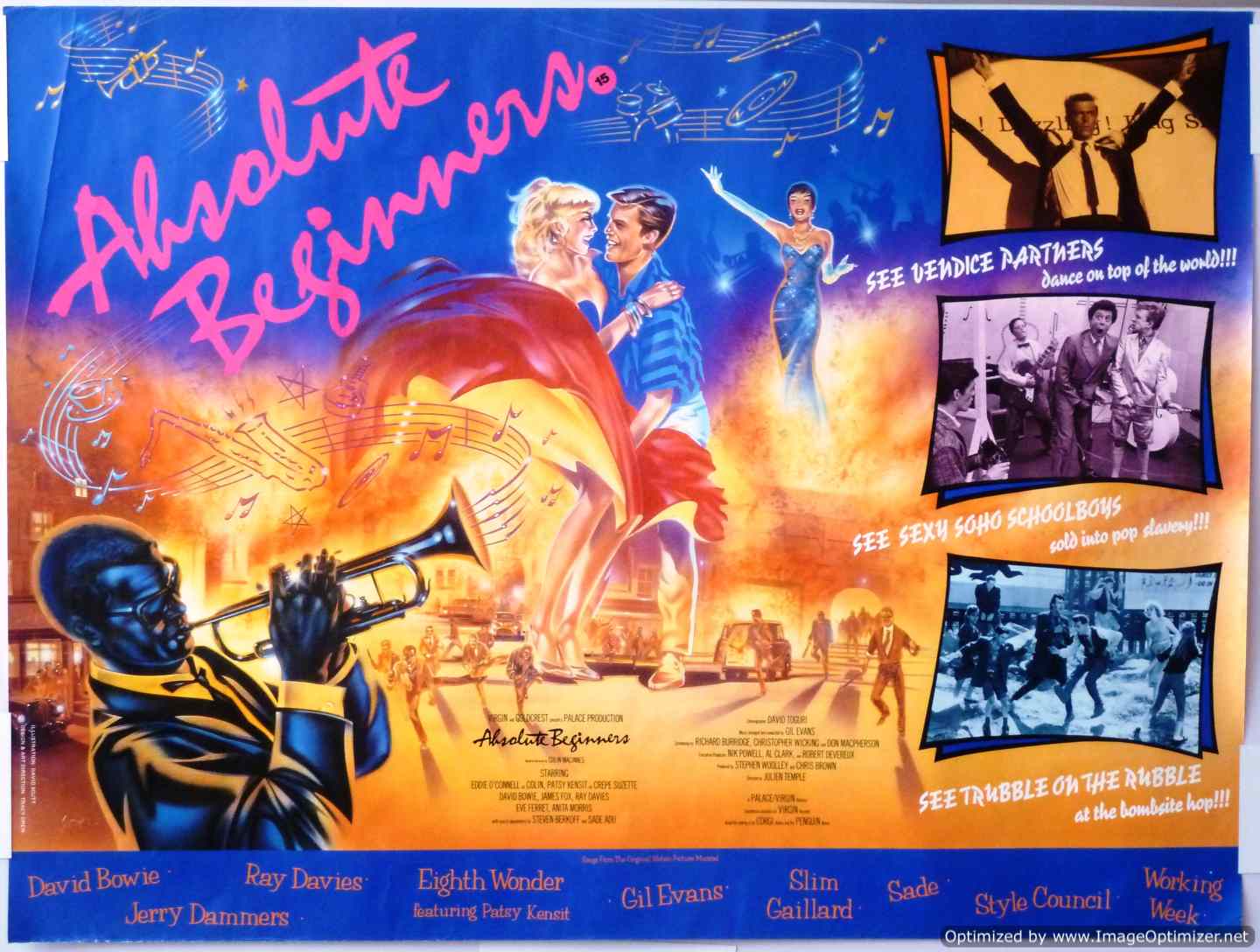 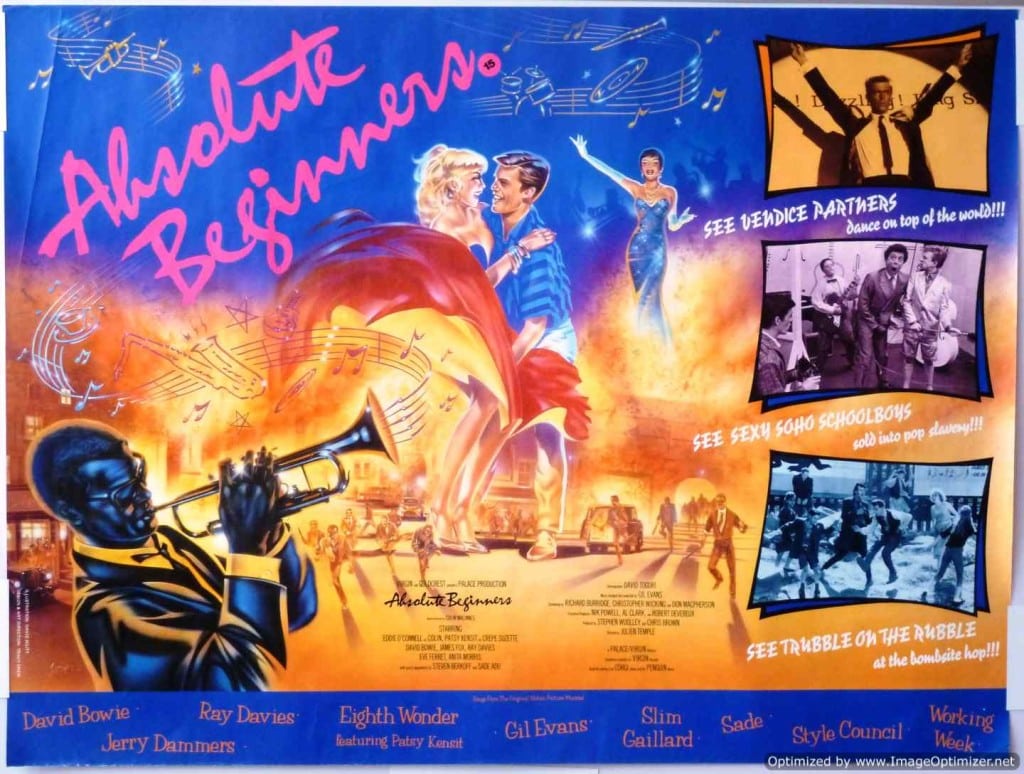 ABSOLUTE BEGINNERS has all the elements of my favorite musicals: It’s super artificial, the musical numbers happen in real time (as opposed to the imagination or on stage) and the story is simple and direct – a young man (Eddie O’ Connel) loses love, and out of spite, he climbs the social ladder and realizes it’s corrupt (or something) before everything ends in a race riot. It takes place in 1957, but it’s slathered in the hyper color that defined 80’s disposable entertainment. 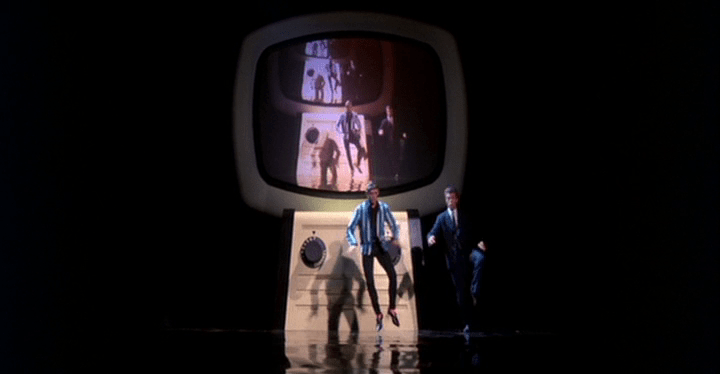 It’s a shame that the music isn’t that memorable.

BEGINNERS has got visual style to spare. Director Julien Temple slathers every frame with the style he honed over a hundred music videos. Every scene has music in it, but beyond a goofy number by THE KINK’S Ray Davies in a set modelled after the dollhouse set-up of Jerry Lewi’s THE LADIES MAN, every number passes by softly. They never pop lyrically or harmonically. The numbers seem to have been ripped from other projects, vaguely related to what’s going on, but never moving the narrative forward. Things stop so someone can sing a song and dance in a music video. It’s especially apparent in the David Bowie number where he appears for a few minutes, sings, and then disappears completely from the narrative. Which demands us to ask the eternal question, can you still enjoy a musical with bland music? 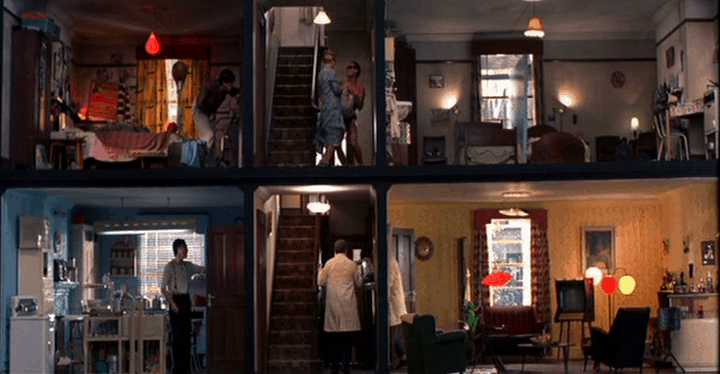 Sure, you can. The sheer exuberance of the creative work on the project, as scattered as it may be, won me over. It’s the sum instead of its individual elements that make it work. The acting is fine, the music is all right, and the story is sparse, but together coupled with the film’s style, it sings a jaunty tune. If you don’t like obnoxious eighties style, or musicals, stay far far far away.

Also, I have to give it higher marks then the other faux musicals made around this time like Scorsese’s NEW YORK, NEW YORK and Copolla’s ONE FROM THE HEART because this film isn’t afraid of being an out-and-out musical. There’s no rough realism here to undercut the artificiality and that’s kind of refreshing. You don’t have to reinvent the wheel every time.  Sometimes you just want a musical – even if it has unmemorable songs. 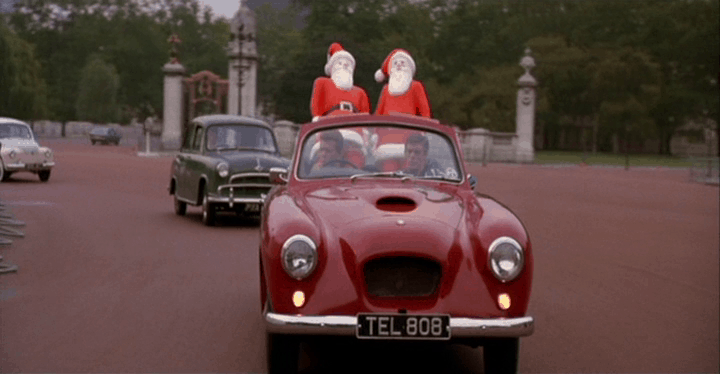 Where can you watch it? The film is available for sale at AMAZON.