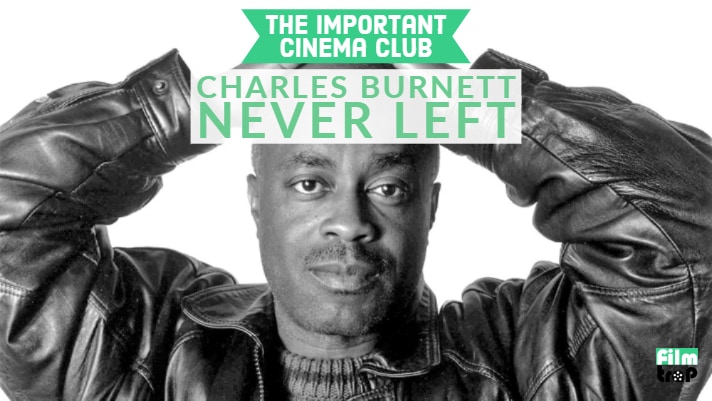 Justin and Will discuss Charles Burnett, the director Killer of Sheep, My Brother’s Wedding, To Sleep with Anger and The Glass Shield. And why they don’t have other theatrically released feature films by the director to talk about.

Stan works long hours at a slaughterhouse in Watts, Los Angeles. The monotonous slaughter affects his home life with his unnamed wife and two children, Stan Jr. and Angela. Through a series of confusing episodic events—some friends try to involve Stan in a criminal plot, a white woman propositions Stan to work in her store, Stan and his friend Bracy attempt to buy a car engine—a mosaic of an austere working-class life emerges in which Stan feels unable to affect the course of his life.

Vagabond Harry (Danny Glover) pays an unexpected visit to his old chum Gideon (Paul Butler), who accepts the aimless man into his home, despite the fact that the household is already overcrowded. Hard-drinking yet charismatic, Harry both entertains and enrages Gideon and his wife, Suzie (Mary Alice). However, after Gideon falls gravely ill, Harry decides to step in and take his friend’s place in the household. Unfortunately, his intentions are far from pure, and the consequences are tragic.

Rookie cop J.J. (Michael Boatman) is the first black officer in his squad. Befriending fellow outsider Deborah (Lori Petty), J.J. has a tough time adjusting to the force’s good-old-boy camaraderie. Initially turning a blind eye to hints of racism in order to fit in, J.J. find it harder to ignore thecorruption when an illegal search leads to the arrest of Teddy Woods (Ice Cube) on questionable murder charges. As J.J. delves deeper into the case, he risks losing his job — or his life.