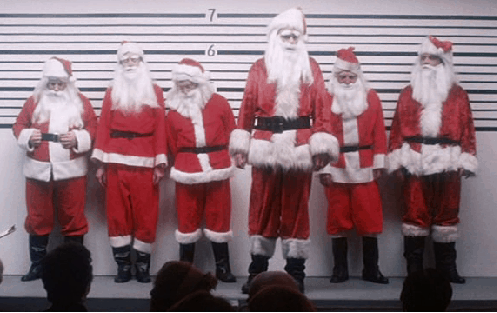 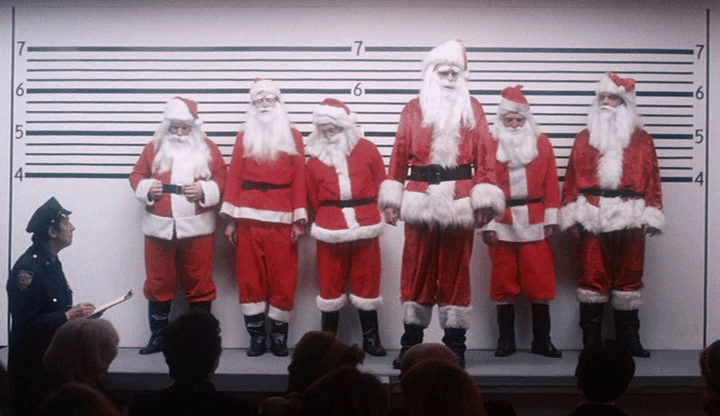 The CHRISTMAS MOVIE MARATHON continues into a wintry wonderland of cinematic bliss.

I never said everything I was going to watch was good. 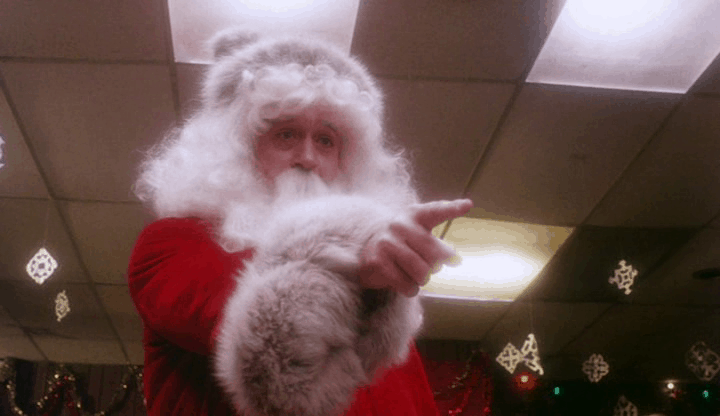 The poster art of Santa Claus reaching through a window with a knife in hand prepares the viewer for one thing, but the reality of the film is a depressing character study about one man’s obsession with Christmas an his inability to deal with the real world. It’s shot beautifully by the cinematographer of the LAST YEAR AT MARIENBAD and it never follows an expected plot structure, stopping and starting at times, but the lead performance of Brandon Maggart as a purely pathetic figure is a brave one. If you go with your expectations in check, this is a rough gem that makes for perfect holiday viewing, alone, in the cold, without anyone to share it with. 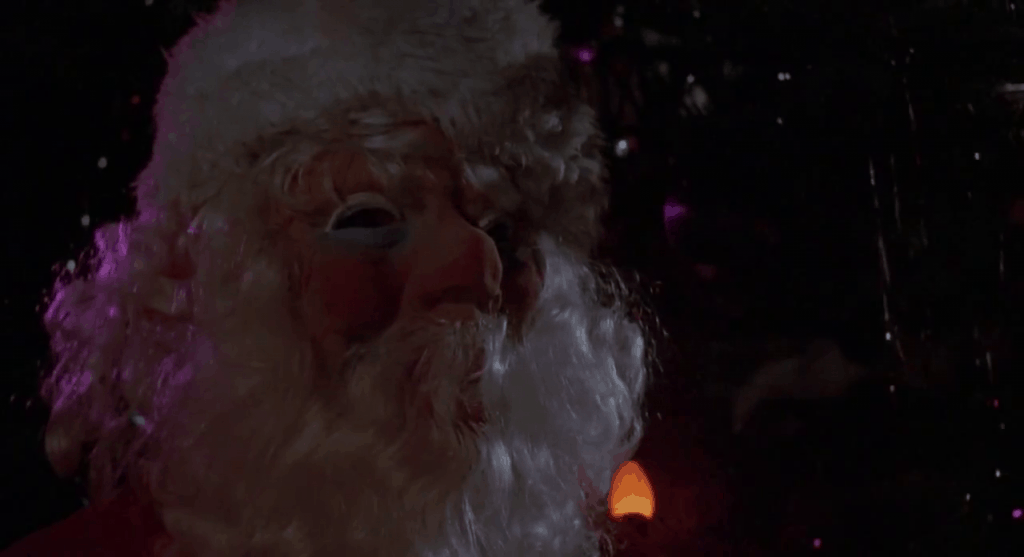 Actor David Hess’ only feature length directorial effort is a bland as your neighbors fruit cake. It’s another snow free (boooooo!) killer Santa slasher that features mild gore, a boring cast and kills that are random (knife, strangulation, airplane propeller) but not quite random enough to make it memorable. The one notable murder happens when the killer appears in a suit of armor with an axe to decapitate an unsuspecting victim mid-copulation, but that’s about all I remember from the film even though I watched it just a few days ago. 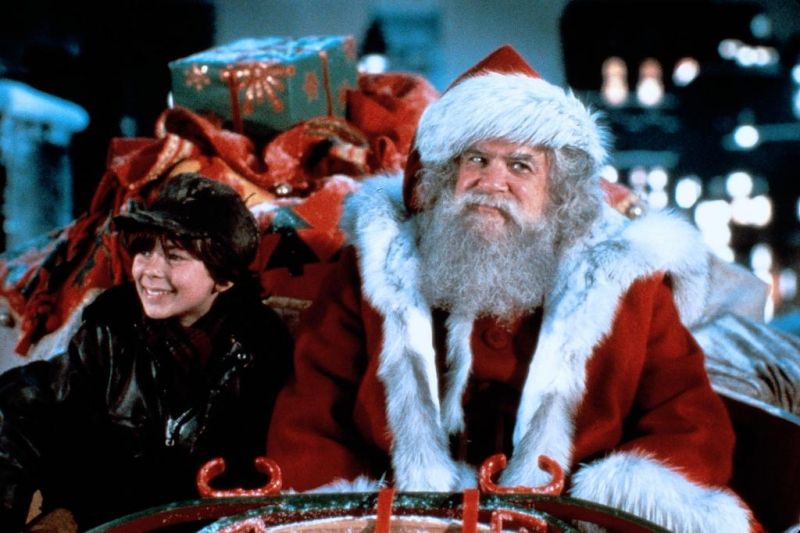 What the hell is this nonsense? A big budget Santa origin (snoreagin?) from the producers of the original SUPERMAN that’s lavish in the cheapest way possible, laugh free and empty of anything that could make it interesting. John Lithgow hams it up like nobodies business, but it isn’t nearly enough to sustain a deadly two hours of dull uneventful torture. 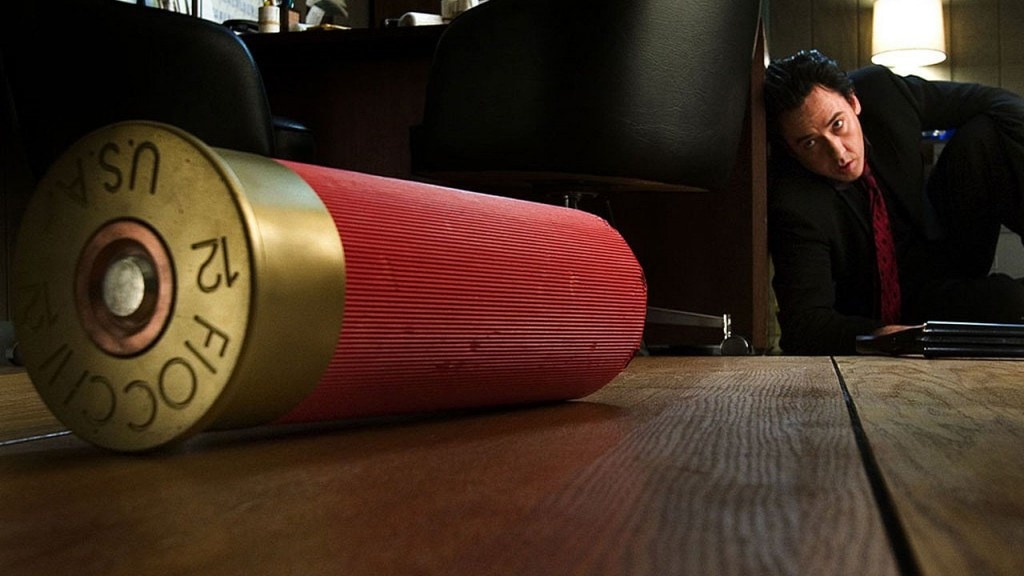 A forgotten Christmas set noir directed by a master comedy craftsman (Harold Ramis) that never gets enough love during the Holiday season. It may because the film is so unrelentingly bleak, with John Cusak’s money stealing protagonist being thrown head first into an endless night where everything goes horribly wrong. The jokes are pitch black, the character work strong, and the style as potent as any neo-noir’s of the 90’s. 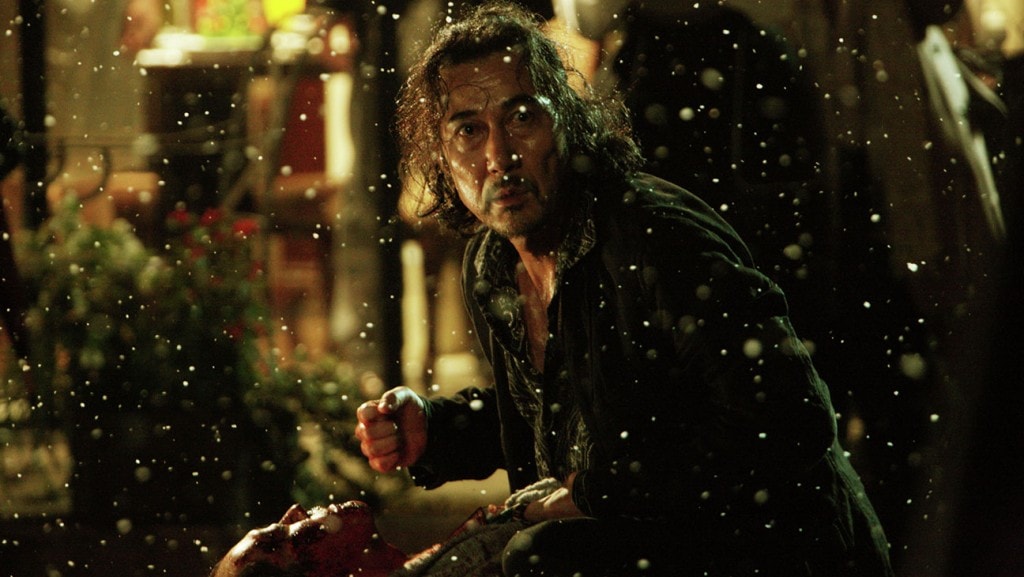 Sometimes people tell me a film takes place during Christmas, and when I watch it, I’m horrified to discover that Christmas is only featured in ONE SCENE. I am disgusted by this trickery. Almost as disgusted as a viewer will be watching this BAD LIEUTENANT style (minus the redemption) tale of an ex-detective father trying to hunt down his missing daughter. Director Tetsuya Nakashima brings his excessive cinematic style (animation, music numbers, fractured time) to the cop genre and leans heavily on the darkness. Lets just say it all goes to hell very very quickly and everyone is revealed to be an absolutely terrible person thirty minutes in. Things only get worse from there. It’s an interesting spin on the anti-hero archetype that digs deep into the well of unlikeability without ever looking for a way out. It’s biggest problem is an ending that feels anti-climactic. Oh, and NOT ENOUGH CHRISTMAS.