CLERKS 3 IS THE MOST DEPRESSING ENDING IMAGINABLE 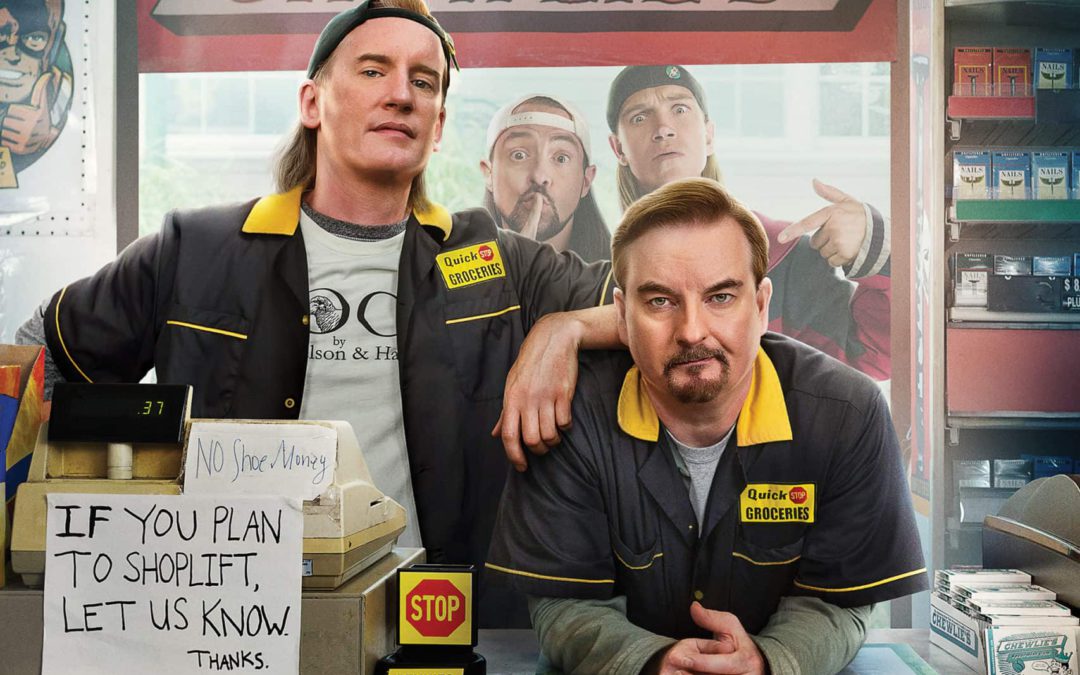 I disliked CLERKS III for being uninspired, unfunny, and a visually miserable experience, but walking out of the cinema, I didn’t expect to be followed by a deep existential funk.

What was the point of it all?

It’s a question at the heart of CLERKS III because the characters struggle to come to terms with the meaning of their lives. Following a heart attack, Randal (Jeff Anderson) realizes he never did anything of value with his time on earth, so he decides to pick up a camera and make a movie. He wants to create something that speaks of his own experiences, and films are what he’s consumed throughout life, so it’s a logical form of expression.

He makes CLERKS shot for shot.

It boggles the mind that Kevin Smith didn’t consider that Randall is not the same person in CLERKS III that he was when he made CLERKS. In the original film, Kevin was in the same place his characters were, and it spoke to a universal feeling in a way that no one had successfully expressed on screen before.

It would be one thing if Smith tried to project himself into “What would it mean to make this kind of film, for the first time, at the age of 50?” but that never comes into play because he’s only interested in nostalgia – not the reality of the moment. At one point, Randal says his film will cost $27,000 because that was the cost of making the original CLERKS. As someone who has made some features in the last few years, that’s an absurd amount of money to make a movie with your friends. They have their own location, they’d probably shoot it on their phone, and they ain’t paying their cast!

It’s impossible to discuss CLERKS III without considering that it’s an extension of Kevin Smith surviving a massive heart attack. The film is his reckoning with the fact that, even though he sometimes struggled, his life has been a happy one.

But CLERKS III is not his story. It’s the story of Randal and Dante.

And their lives suck!

All we’ve seen is two days of their existence, mostly made up with complaining bout how crappy their every waking moment is, and while they may have done a lot between those snapshots – the third film makes no mention of it. They can only speak of what we’ve seen, and with that mind, there’s not much happiness to be found.

We’re told early on in CLERKS III that Dante has been in an emotional funk since his fiancee (Rosario Dawson) and unborn child died in a car accident 15 years ago. That’s a tough thing to stomach in a film called CLERKS III, but hey, that kind of shit happens in real life, so why not? The truly depressing thing is that the film never lets Dante confront it in any meaningful way. And then he has a heart attack and dies.

Throughout the film, the ghost of Rosario Dawson keeps telling Dante that he needs to move on, so perhaps Smith thought it was a clever twist to go, “Hey, maybe you can’t move on, and it’s better to give up.” That’s some deep stuff, right? Realizing that while you thought at the moment, it was the worst, in reality, it was the best you’d ever have?

No. That’s depressing as hell.

If anything, it’s a deepening of CLERKS II depressing ending, where they decide to go back to the convenience store where they were always happy, which seemed to be Kevin coming to terms with his career when, in reality, it was a dead end.

There’s a version of CLERKS III about Randal and Dante making a movie that reflects the conversations and bonding they have on the job, one that’s not, for some inexplicable reason, a reflection of one day they had 20+ years ago. In this armchair quarterback version of CLERKS III, maybe they make a movie that doesn’t find a massive audience – perhaps it connects with one or two people who are at a similar place that they are in their lives – and through that, Dante comes to the realization that his life isn’t a complete waste, that it’s a universal feeling, and maybe he and Randal decided to make more movies because they enjoy that form of expression. Or have something else to say?

But that’s not the movie Kevin Smith made.

Instead, it’s the story of a man who can’t escape the moment that gave him a career. Who keeps going back to it, without really examining it or reflecting on what it means today, beyond “Yea, people sure like that first thing, and it was fun, wasn’t it?”