The Frustrations of OPERATION MEKONG (2016) – Review 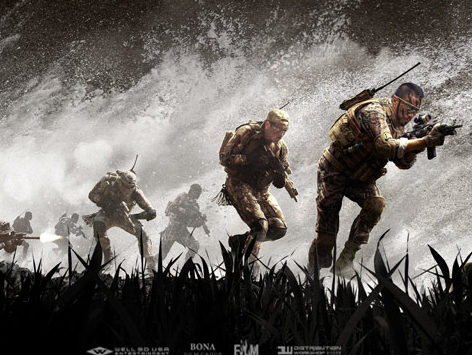 I find Dante Lam the most frustrating director working right now. Every time I watch one of his films I go in with the hope that he’s going to deliver something great, something that will rekindle the golden age of classic Hong Kong action cinema, and he’s always so close to getting there. Yet, without fail, he misses the mark because he won’t focus up. It happened with THE VIRAL FACTOR, THE BEAST STALKER, THE DEMON WITHIN, FIRE OF CONSCIENCE and it’s the same old song in OPERATION MEKONG.

OPERATION MEKONG is another propaganda fueled Mainland blockbuster. This time it’s about a crack team of soldiers (which includes Zhang Hanyu and the always fun Eddie Peng) pulling off a series of complicated drug stings.  I expected boring tactical action scenes, but Lam goes full Michael Bay and engineers a mixture of hand to hand combat and over the top gun play. An sometimes it works! There’s an opening rescue operation that’s undeniably impressive, with fistfights breaking out, people being chased on rooftops, and the world’s smartest dog Bingo doing all kinds of cool stuff . Oh, did I forget to mention there’s a super spy dog named Bingo? Yea, he steals the show. 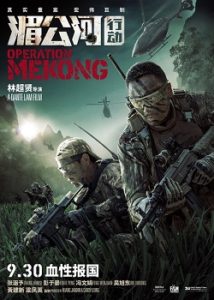 It’s everything in between the action scenes that kills the experience. It takes SEVENTEEN MINUTES before the protagonists come into focus and the filler between the set-pieces is overstuffed backstory with zero narrative drive. The entire affair looks great (more then I can say for most Chinese films these days) and the scale is impressive, but it adds up to very little. There are two good action set pieces, but there’s just something missing. Perhaps it’s the emphasis on sweeping CGI assisted camera moves or the incessantinter-cutting between characters, but it was a mix of elements that left me unengaged. At one point all I could think of is that it felt like Johnnie To’s DRUG WARS without the suspense of satirical bite. 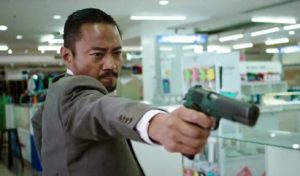 After the movie ended with a underwhelming climax (there’s nothing more boring then a boat chase) I took a moment consider if maybe I was reviewing this film on an unfair scale. If it had come out in the nineties from Hong Kong, I wouldn’t expect any kind of story. I would get angry if people gave a film a bad review because they considered the plot was ‘flimsy’ Was the scattered all over the place plot in Operation Mekong just the modern day equivalent of the filler in a Jackie Chan film?

Naw. The action here was good, but it wasn’t great. The thing about classic Hong Kong films is that the characters are often simple, but they are focused, which allows the action scenes to propel that simplicity into engagement. Here, there are so many characters, and I had so little grasp on who they were, that the action had very little impact because it was stretched so thin.

Well, there was one painful real life stunt that made me wince, but that could because it reminded me of a similar fall in Chan’s POLICE STORY.

Focus up Lam! Either way. I’ll see your next film because I always have hope.