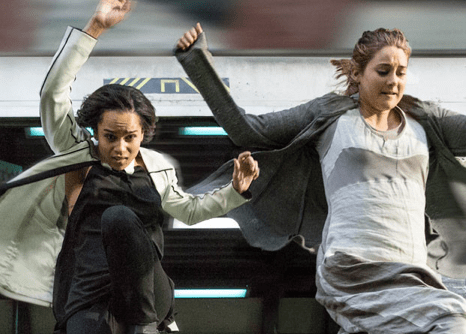 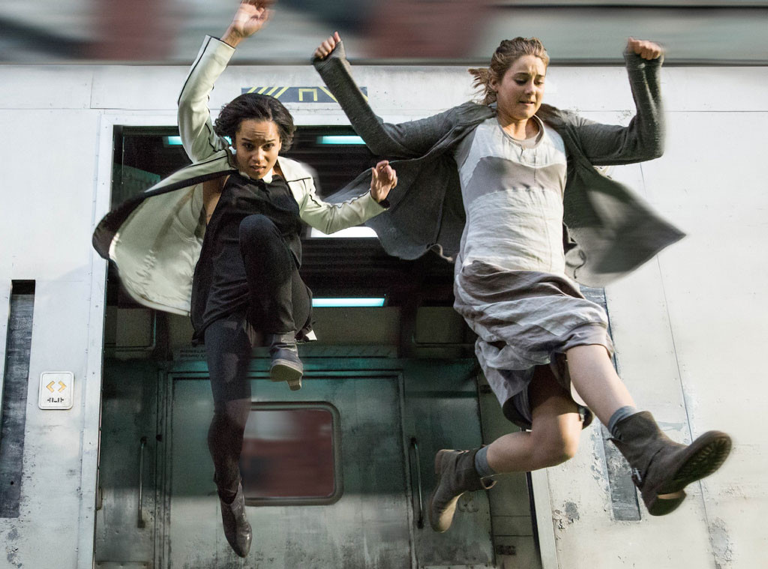 Recently I discovered something about myself that I’d been previously unaware of. I love Young Adult Sci-Fi movies. Sure, in the past I’d curiously sampled the adventures of Katniss Everdeen as her Games got progressively Hungrier, but I only recently drank deep from the cup that is teen murder futures. Having studied these movies closely, I have uncovered their formula for success. Follow me as I take you on a journey through mass death, and throbbing hormones.

Every YA Sci-Fi movie takes place in a future world created from metaphors for, like, issues and stuff.

The class warfare of The Hunger Games is fought first and foremost through media manipulation, long before sexy teens have to use bows, arrows, axes, and even a trident to fight for survival. Seriously, one dude has a trident in The Hunger Games movies. He even takes it into a war-zone where the bad guys predominantly use machine guns. Then later he tragically gets eaten by sewer monsters then explodes. Are you starting to see why I think these movies are awesome?

In the Divergent series, the future society has built a rigid class system based entirely around adverbs. If a test determines that you’re multi-talented then Kate Winslet will straight up pop a cap in your ass. The only way to stop that from happening is to first master mixed martial arts, gun pkew pkew-ing, jumping on and off of moving trains, and scoring a hunky, brooding boyfriend.

My favourite YA series of all though, may also have the dumbest metaphor framing device. The Maze Runner is about another group of sexy teens submitted to lab rat style trials by the WCKD Corporation (wicked is good) for the purpose of curing the Flare virus. I say this is possibly the dumbest metaphor, because I fail to see how making kids run through a giant, monster populated, booby trapped maze could effectively help create a vaccine for a zombie virus. Though I suspect this is just an excuse the WCKD Corporation (wicked is good) is using for more nefarious purposes. Maybe they’re just trying to create a better breed of giant, alien, robot, spider monsters. I’ll have to wait until Maze Runner 3 to find out.

STEP 2: HOW TO CHANGE YOUR PROTAGONIST FROM AN AVERAGE TEEN INTO A BADASS CHE GUEVARA/JESUS

Every main character in a YA Dystopian Sci-Fi series starts out as a regular teen brimming with hidden potential, and ends the series leading a revolution and dethroning a tyrant. If you’re a shy, bookish teen, this fulfills an escapist fantasy. If only Mr. Thompson, your third period math teacher, had realized that you’re really meant to be a world changing leader before he gave you that C- on your mid-term. Mr. Thompson is just like Donald Sutherland in The Hunger Games. Which is to say, a total dick.

What revolutionary would get up every morning and revolutionize without a little motivation? And nothing motivates like the death of loved ones. Whether it be Ashley Judd’s awesome death scene in Divergent, the kid in Maze Runner who looks strikingly like Chunk from The Goonies “truffle shuffle-ing” off this mortal coil, or about 75% of the supporting cast in The Hunger Games movies. Grim deaths of loved ones put more pep in the protagonist’s step than any espresso ever could. Hey, Charles Bronson built an entire filmography based on this very principle. 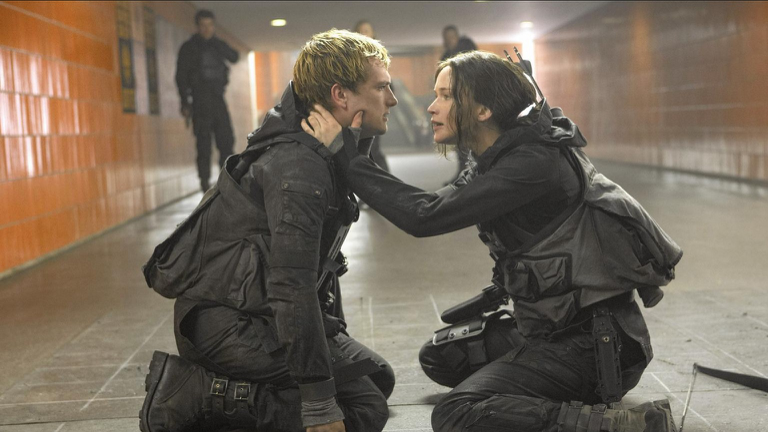 I know this is the main cause of groans when it comes to these movies, but believe me when I say: TEENS+HORMONES+ESCAPIST FANTASY=LOVE TRIANGLE

This is a mathematical equation for success, and absolutely crucial to any YA Sci-Fi.

Who will Katniss choose? Peeta or Blandlyhandsomeface McSquarejaw? Will Thomas choose Teresa, even though she went all Lando Calrissian at the end of Maze Runner:Scorch Trials? Or will he go for the girl with the pixie cut who can’t stop rolling her eyes? I’ll have to wait until Maze Runner 3 to find out.

Seriously, I can’t wait until Maze Runner 3. Unfortunately shooting was delayed when Dylan O’Brian (the lead) crashed his motorcycle while filming a chase scene, and then another vehicle RAN OVER HIS HEAD!!!…AND HE LIVED!!! How badass is that?! A speedy recovery to you Dylan O’Brian. The sooner you’re back in fighting form, the sooner I can get some of that sweet, sweet Maze Runner 3 action. Get this, the title of Maze Runner 3 is “The Death Cure.” Whatever that “Death Cure” is, apparently Dylan O’Brian has been sprinkling it on his Wheaties.

In this category, The Hunger Gameses are by far the most top heavy. These movies feature so much on-screen talent, that I’m surprised there isn’t a scene where all the A-list actors have to fight for survival by bludgeoning each other to death with their Oscar statuettes.

On the other hand, as previously mentioned, Divergent does have a deliciously evil Kate Winslet in its corner.

But the underdog is definitely Maze Runner. Sure Patricia Clarkson pops in and out for villain duties, but my favourite moment is a brief cameo by Lili Taylor. I swear her character’s dying words are, “they could only afford me for the daaaayyyy…” 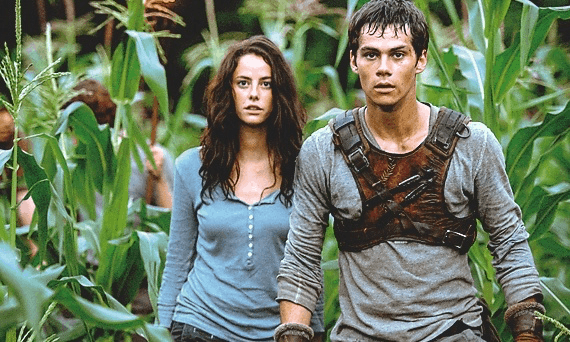 Alright, there you have it. I hope this has provided some important tips on the necessities of building a YA dystopian Sci-Fi universe. I genuinely feel that this is an unjustly maligned, and generally underrated sub-genre. They have straight forward, well paced stories, moving moments, fun characters to root for, and a surprising amount of violence and death. What with the remakes, and reboots hogging up all the theatres these days, these movies are quickly becoming the only “popcorn” blockbusters I find that I can depend on.

For those that choose to mock these movies as juvenile, I have to wonder, how many of you paid to see the Goosebumps movie? Or the latest Pixar? Or whatever superhero movie just came out? It’s easy to judge something from the outside, but I say, it’s even easier to judge something from the inside. Like I did with this article! And my judgement is, as long as YA Sci-Fi continues to feature attractive young people overthrowing tyrants while trying to figure out who to take to Space Prom, they’ll have my ticket sale.