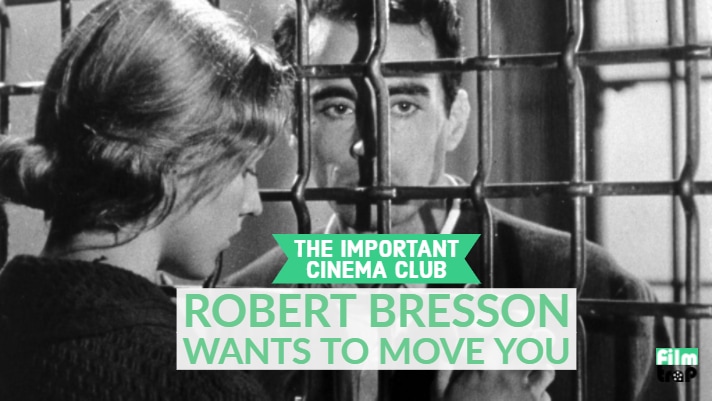 We discuss the career of the writer/director of Pickpocket, The Diary of a Country Priest and Lancelot du Lac.

On this week’s Patreon episodes, we discuss Al Jolson’s The Jazz Singer. Join for five dollars a month and get a brand new exclusive episode of ICC every week.

#37 – A Fear of Catherine Breillat

Diary of a Country Priest (1951): “An inexperienced, sickly priest (Claude Laydu) shows up in the rural French community of Ambricourt, where he joins the community’s clergy. But the locals don’t take kindly to the priest, and his ascetic ways and unsociable demeanor make him an outcast. During Bible studies at the nearby girls school, he is continually mocked by his students. Then his attempt to intervene in a family feud backfires into a scandal. His failures, compounded with his declining health, begin to erode his faith.”  -IMDB

A Man Escaped (1956) “In a film based on the writings of French Resistance fighter and POW André Devigny, Fontaine (François Leterrier) is being held by the Nazis at Fort Montluc. When he gets word that he’s scheduled for execution, Fontaine channels his energy into hatching a plan to break out. His plan is interrupted when he is assigned a new roommate. Fontaine grudgingly brings the newcomer in on the escape effort, which involves homespun weapons and an intricate knowledge of the layout of the prison itself.” – IMDB

Pickpocket (1959): “Michel (Martin La Salle) takes up pickpocketing on a lark and is arrested soon after. His mother dies shortly after his release, and despite the objections of his only friend, Jacques (Pierre Leymarie), and his mother’s neighbor Jeanne (Marika Green), Michel teams up with a couple of petty thieves in order to improve his craft. With a police inspector (Jean Pélégri) keeping an eye on him, Michel also tries to get a straight job, but the temptation to steal is hard to resist.” – IMDB