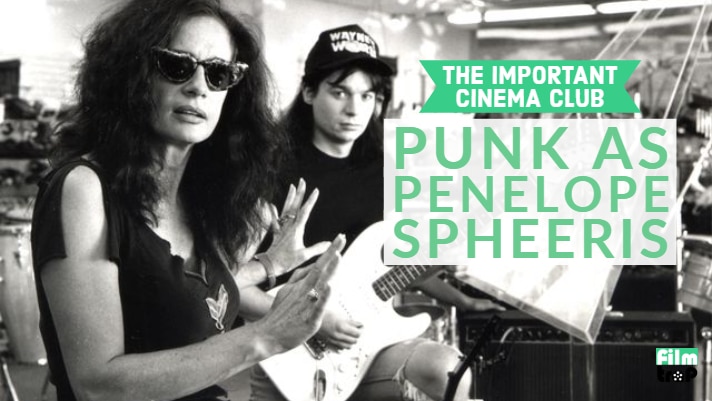 We discuss the career of writer/director Penelope Spheeris, her amazing trilogy of music documentaries THE DECLINE OF WESTERN CIVILIZATION 1-3, and her mainstream comedy work like WAYNE’S WORLD and THE BEVERLY HILLBILLIES.

The Decline Of Western Civilization Part II: The Metal Years has been in demand for decades by fans worldwide, and is now available with a new 2K digital restoration as part of The Decline of Western Civilization Collection deluxe box set. A fast-paced look at the outrageous L.A. heavy metal scene of the late ‘80s, Part II features Alice Cooper, Ozzy Osbourne, Poison, members of Aerosmith, Kiss, Motorhead, and performances by Megadeth, Faster Pussycat, Lizzy Borden, London, Odin and Seduce.

Suburbia, also known as Rebel Streets and The Wild Side, is a 1984 American coming-of-age drama/thriller film written and directed by Penelope Spheeris, and produced by Roger Corman, about suburban punks who run away from home. The kids take up a punk lifestyle by squatting in abandoned suburban tract homes. The punks are played by Chris Pedersen, Bill Coyne, Timothy Eric O’Brien and Red Hot Chili Peppers’ bassist Flea, amongst others.

A big screen spin-off of the “Saturday Night Live” skit. Rob Lowe plays a producer that wants to take the public access “Wayne’s World” to the world of commercial television. Wayne (Mike Myers) and Garth (Dana Carvey) battle to save their show and Wayne’s girlfriend from Lowe.

In this documentary, filmmaker Penelope Spheeris captures the life of Los Angeles “gutter punks”: homeless teenagers who prefer anarchy and chaos to organized society. Many of the film’s subjects come from abusive households and have developed alcohol and drug problems. While living on the streets, they must panhandle, squat in abandoned apartment buildings and fight off skinheads to survive. The film also includes performances by several notable Los Angeles punk bands.