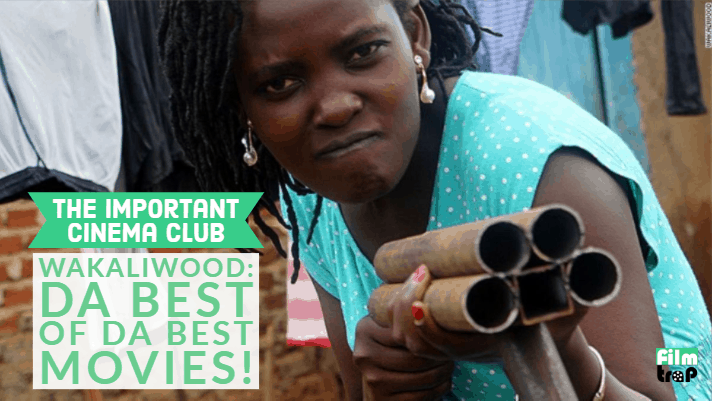 We discuss Uganda’s energetic and groundbreaking Wakaliwood movie scene and their films WHO KILLED CAPTAIN ALEX? and BAD BLACK.

Become a Patreon subscriber for $5 a month and get an exclusive episode every week! This week we watched MR. ARKADIN by Orson Welles.

Captain Alex, one of the most decorated officers in the Uganda People’s Defence Force, is sent out to destroy the evil Richard and his Tiger Mafia, a criminal organization that controls the city of Kampala from the shadows.​ Who Killed Captain Alex? is a 2010 Ugandan action-comedy film written, produced, and directed by Nabwana Isaac Geoffrey Godfrey (IGG), in Wakaliwood, an ultra-low-budget studio in Kampala, Uganda.[1] It has gained viral notoriety for being a no-budget action film, produced on a reported budget of under $200 though producer Alan Hofmanis admitted that it was a meagre $85.  A trailer for the film was uploaded to YouTube in January 2010, and has been viewed over 3.2 million times as of November 2018. The original version of the film was lost due to power outages and “strained conditions”, while the surviving version of Who Killed Captain Alex? released online includes an English “Video Joker” commentary that adds in running gags about the characters.

A mild-mannered doctor is trained in the art of ass-kicking commando vengeance by a no-nonsense ghetto kid named Wesley Snipes. Available now on the Blu-ray release put of by the American Genre Film Archives – along with a number of great special features and WHO KILLED CAPTAIN ALEX?