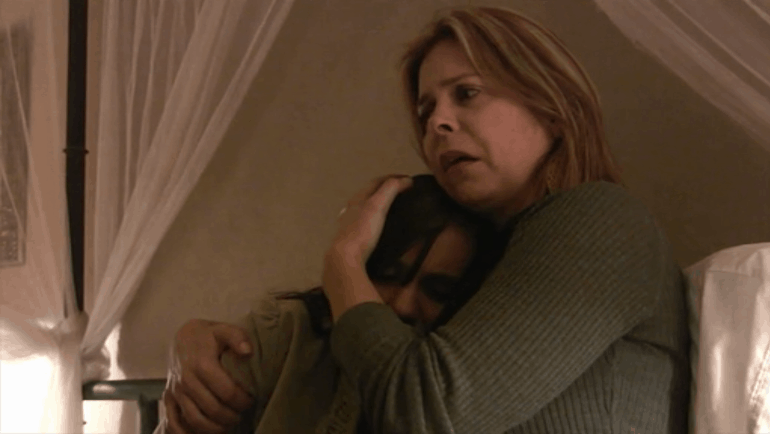 Before any sort of reviewing, joke making, and general movie nerd raging happens, I would really like to point out that the alternate name for Paranormal Entity is Paranormal Investigations 3. There are apparently two more of these films out there, or at the very least the creators were trying their hand at a joke…Whatever the truth is I am very happy not ever having seen them….if they exist.

I always felt that if you were going to rip off a popular movie franchise you should try to at least hide some of your intentions unless you’re going for a straight out spoof. Sadly for the creators of this Paranormal Activity clone, they felt no such need of trying to be clever, and went with Paranormal Entity. I am guessing Schmaranormal Schmactivity was taken. All though probably done as an easy cash-in on a different successful franchise, I was still holding out hope that the creators of this film had seen the PA movies and figured they could just make their own version, and maybe even improve upon the formula. I know that is a bit of a stretch, but even a hardened b-movie reviewer like myself can hold out hope for a movie like this. 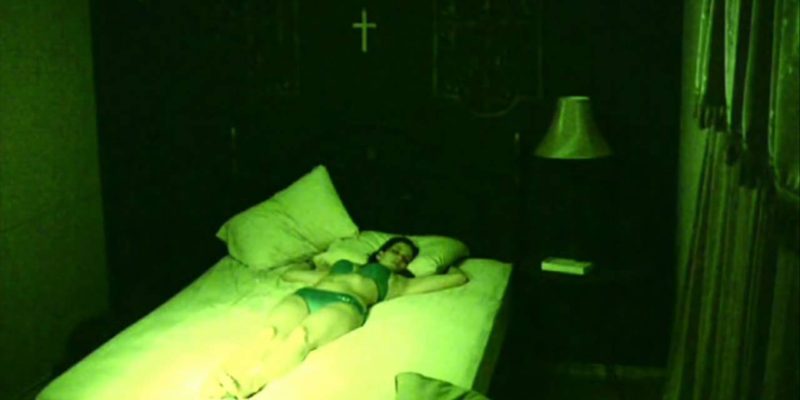 Of course, I was totally wrong.

See instead of making the movie more interesting, it seems the writers figured adding in nudity and ghost rape would make their movie better. Because who doesn’t like a pair of large breasts and women being objectified by evil spirits!

Credit where credit is due though, Paranormal Entity does feel very real for the first three-quarters of its run-time. In fact, it feels so real that nothing interesting or ghost/demon related happens at all during that time. You know, like in real life. It’s like watching the unedited footage of a really long family vacation home video. The kind of home movie that even though it’s 2017, your dad has somehow found a massive camera from 1986 and is going to bring it everywhere you go. He is adamant about using that old camera no matter how many times you told him you can film the fun parts on your phone. A piece of equipment that would have made the movie crisper, cleaner and a lot less grainy.

I know part of the idea behind a found footage haunting film is to try to make it feel as real as possible. It is just that a film like this is a reminder that even in a house haunted by an evil spirit, the rest of your regular daily life is kind of tedious and boring. So, in its own flawed way Paranormal Entity really does capture the real life feeling of boring people doing boring things. Groups of embarrassed individuals all talking quietly among themselves waiting for the inevitable moment where dad and his new VHS camera fall into the lake while trying to film your cousin water skiing for the first time. There are long shots of empty rooms, moments of unwatchable shaky cam, and of course, there is a ten-minute section where the camera man finds, builds, sets up, and tests a group of bells on strings.

Apparently, the evil rape ghost started its life as a Scooby-Doo villain. 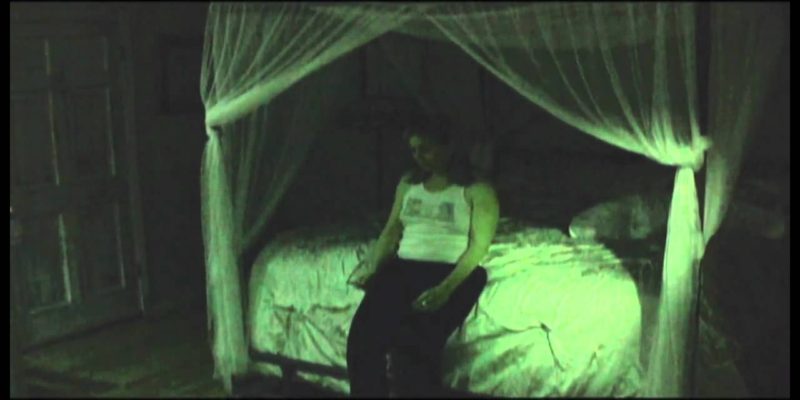 If you have not seen a found footage haunted house film before, the plots are pretty much all the same. A couple/family/secret cult move into a new home somewhere in Southern California. This house is always a bit lavish in size, and yet almost always sparsely furnished. In fact, I think that’s a tell tale sign of a haunting or demonic presence. A weird lack of any family knick-knacks and eggshell white walls are almost certainly a sign of the devil.

Anyways, slowly over the next few days the people of the home, most likely the women and children, are haunted/possessed more intensely until it is so severe that the ectoplasm hits the fan. Through this whole time, the beefy bro-husband man-child voyeur sets up cameras in everyone’s bedrooms so as to film them while they sleep… I mean catch evidence of the demonic. The lucky families in these films always seem to have a contact that knows a little bit about demons and ghosts. It’s such a cliche in Found footage films that it makes it seem like everyone knows at least one medium or parapsychologist.

Sadly though, for our trio of soon to be haunted, their Dr.Medium is on a lengthy vacation and isn’t answering his phone.

That’s not a joke, a large chunk of this film is dedicated to making phone calls to this spiritual parapsychologist monk ghost hunting priest. Then, just to make sure they aren’t too different from new age horror films, only bad things happen and everyone either dies or is arrested after the fact. It is part of some weird pact among horror creators nowadays. The idea that you can’t have a happy ending in a horror film. Gotta leave room for a sequel. There is more money to be made!!! 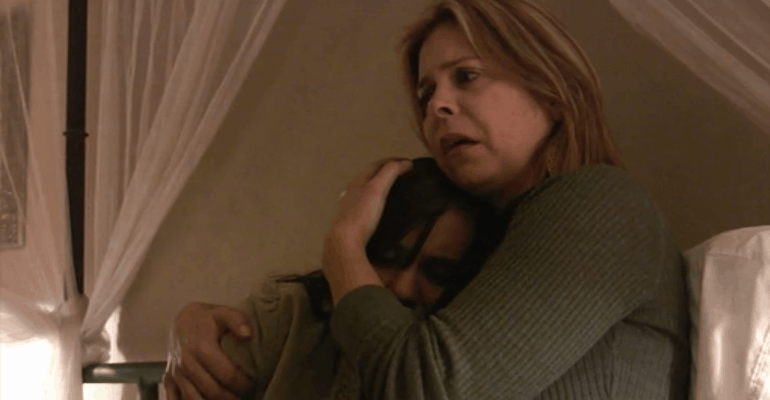 You know what though? Watching the entirety of Paranormal Entity is really all on me.

See, about two minutes into this film, just after a few moments of the boring camera man filming himself in a mirror, the movie shows us a paragraph of text on a black background. That text details what is going to happen in this film, and the aftermath that comes from it. That means two minutes into a ninety-minute film I already knew every interesting thing that was going to happen, and what becomes of all the characters afterward.

I should really be thanking this movie. It gave me an escape outlet. It told me what was going to happen and yet I stayed. So really I have no one to blame but myself. Which in turn makes Paranormal Entity a movie I can actually recommend. I think that if you like horror movies, and only watch until the spoiler filled block of text a few minutes into the film, you will really enjoy this movie. The great part is, you won’t have wasted the other eighty-seven minutes of time like I did. So there you go, I recommend the one screen of plot filled text in the first three minutes of Paranormal Entity. Other than that you can skip the rest of the film.