The Plight of the Token African American in Horror Movies 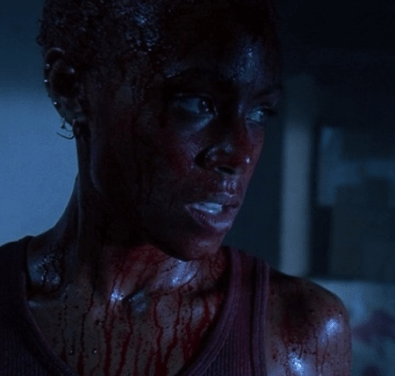 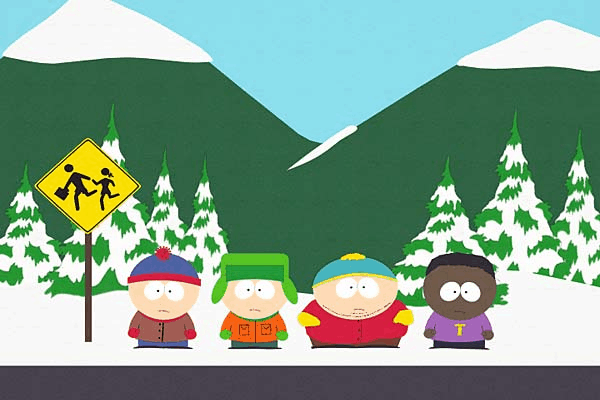 In my last film essay I promised that, in my follow up, I would write about black people’s role in the horror genre. Obviously this is a sensitive topic, and requires serious, sober thought, and thorough research on my part. So I immediately set to re-watching a double-bill of Leprechaun in the Hood, and Leprechaun Back 2 Da Hood. This second viewing confirmed something that I had been suspecting for a long time, that, after the cinematic marvel that is Leprechaun in Space, in comparison, Leprechaun in the Hood is a garbage sandwich on diaper bread with a side of used toilet water dipping sauce.

The film’s high point arrives early in a scene where the titular Leprechaun shares a joint with Ice-T. After that it descends into a boring slog of racial stereotypes, unfunny cross-dressing gags, and a surprise Coolio cameo. Now I could point out the fact that the movie was written and directed by white dudes who lacked the flare or inventiveness of the old Blacksploitation filmmakers (who were also a bunch of white dudes), but what really made me uncomfortable was the end credits song titled, “Lep in the Hood.” I don’t know what disturbed me so much about it. Maybe it was the fact that “Lep” sounds like a racial slur for pint-sized, magical Irishmen…or possibly lepers, but more likely it was the queasiness I experience whenever white people rap terribly. I don’t care if Warwick Davis did rock shit in Willow. His end credits rap in this movie is a hate crime, and it’s only through brotherhood, understanding, and the end of ignorance that we can stop lame white people from rapping badly about issues. 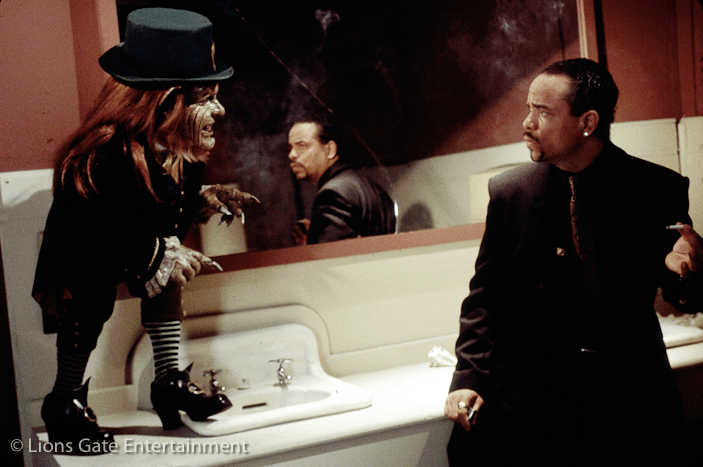 To wash the taste from my mouth I skipped Leprechaun Back 2 Da Hood, even though I vaguely remember finding it to be the superior film, and went straight to one of the exceedingly rare mainstream horror films actually directed by a black dude, Tales From the Crypt:Demon Knight. After watching an hour and a half of a white Irishman systematically murdering one dimensional, black men, and literally enslaving some in the finale (holy shit! Could Leprechaun in the Hood actually be a clever metaphor for the extension of colonization, and slavery represented by the modern music industry’s manipulation of poor black artists…nah! It’s just stupid.) it was a breath of fresh air to see Ernest R. Dickerson’s presentation of an ex-con black woman (pre-Smith Jada Pinkett), repressed by a system which gives her no possible outs, first institutionally through her work release program, then supernaturally through a demonic siege, finally find the strength and rage necessary to literally spit in the face of her white, demonic, southern cowboy oppressor Billy Zane, causing him to fucking explode! Sorry about that run on sentence, but Tales From The Crypt: Demon Knight is just too awesome to not get excited about. See this is why we need more black filmmakers making horror movies. That sort of subtext might be obvious to black audiences, but it took this stupid white boy many years and several repeat viewings to catch on to it. 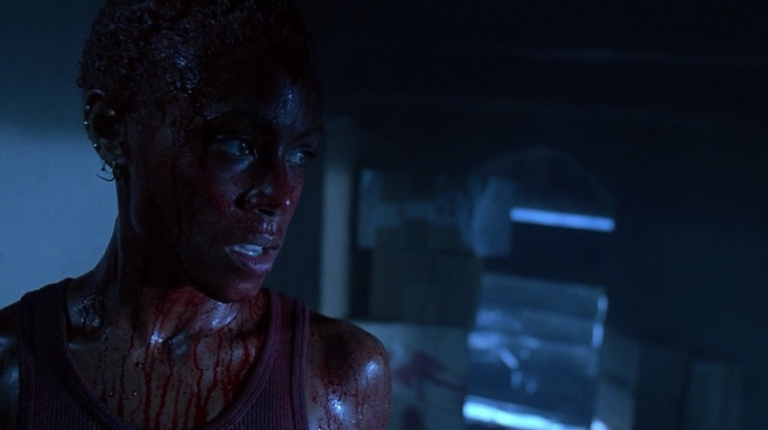 On a depressing side note, did you know that you could probably count the number of black, female directors currently working in North America without even taking your shoes off? There’s barely any. Even worse, upon researching for this article I realized that I have never watched a single film directed by a black woman. Worse still, I couldn’t find a single horror movie in the bunch. This is something I really hope changes soon. In the meantime, if I’m wrong, and I really hope I am, if anyone knows of any horror movies made by black women let me know. I’m dying to see them.

Anyway, after Demon Knight I put in Mississippi Burning. Well technically after Demon Knight I did laundry, had a workout, then cooked a lasagna, but that’s not relevant. I just can’t spend a whole day doing nothing but watching movies. As tempting as that sounds, the guilt would be overwhelming. I tell yah, my parents could give Catholics a lesson in guilt.

Back in movieland however, as I stuff myself with an unholy amount of lasagna, I watch as a white man and an African American boy drink from segregated water fountains in the opening scene of Mississippi Burning. Harsh. The rest of the movie is overflowing with lynchings and KKK members burning down black peoples homes and churches. Man people in history are such dicks! It’s a good thing we live in such a modern enlightened era (cough-police killing black youths-cough), and especially good we live in ultra tolerant Canada (cough-systematic genocide of First Nations people-cough). Admittedly, I didn’t put in Mississippi Burning as a purposeful continuation on the theme. It’s not even a horror movie. It’s the kind of movie where Gene Hackman’s a tough FBI agent who doesn’t go by the book, and the Academy Award nominations flow as a result. I just generally try to balance my film viewings with different styles and genres so that nothing grows stale.

My original intent with this essay was to provide some insight into the “token black character” in horror movies, but, to be honest, I got distracted and didn’t really bother. Can you blame me? These characters are boring, flat, and they always, repeat always, die quickly. It’s so bad that the “token black guy” in a horror movie has become a running gag akin to being a “red shirt” in a Star Trek episode. This is not in anyway a reflection on the actors who play these roles, more so a sign of sloppy writing on the screenwriters part. You could argue that most of these parts were not originally written as black characters, and that’s probably true, but it’s not a valid argument. As long as you’re willing to cast black actors in parts that are non-race specific, why not cast them in better parts? Is there any reason why Nancy from Nightmare on Elm Street couldn’t have been black? I’m not picking on Heather Langenkamp by the way, that’s just the first example that came to mind. Remember, the Ben character from Night of the Living Dead was supposed to be a white guy until Duane Jones came in and blew everyone away with his audition. I mean it’s not like Night of the Living Dead was a huge critical and financial success, and is now considered to be a seminal classic or anything.

Do you need another example of how well black characters can work in the horror genre? Candyman is a brilliant modernization of the tragic, gothic monster that Universal Studios made so popular back in the 30s. Not only that, but at its centre is an interracial romance between Tony Todd’s Candyman and Virginia Madsen’s Helen. Don’t believe me that Candyman is actually a date movie? Just ask anyone involved with the production what their take on it was. It’s been stated in several interviews over the years that Candyman IS an epic romance. Which is what makes the ending with Virginia Madsen’s death and subsequent immortality so melancholy and beautiful. Also, Helen totally gets to kill the shit out of her pretentious, balding, college professor ex, and spend eternity with her new hook-handed, hunk of a black boyfriend. 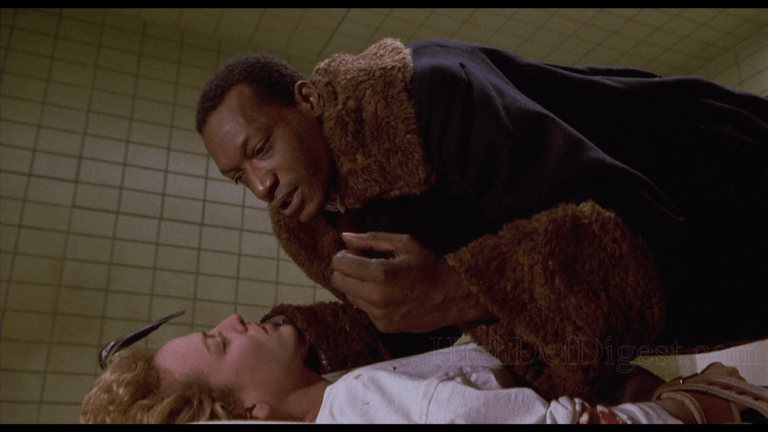 Unfortunately my final statements in this essay are going to be very similar to my final statements in my “women in horror” essay. Mostly that more view points provided in the horror genre make it more interesting, and even breath new life into said genre. In fact I think this is probably going to be a recurring theme in these essays. I did find it to be a little more desperate in this case though. While horror has a rich history of female heroines and even many female directors who have provided entries into the genre, it has but a handful of black characters that aren’t just there for the body count. I did find a few more intricate black characters in Voodoo themed horror movies. I Walked With a Zombie, The Serpent and the Rainbow, and The Snake God  all feature black characters that live to the end credits. Quelle surprise! But these characters still mostly exist to guide the white protagonist into the foreign world of Voodoo magic. Sacre bleu! 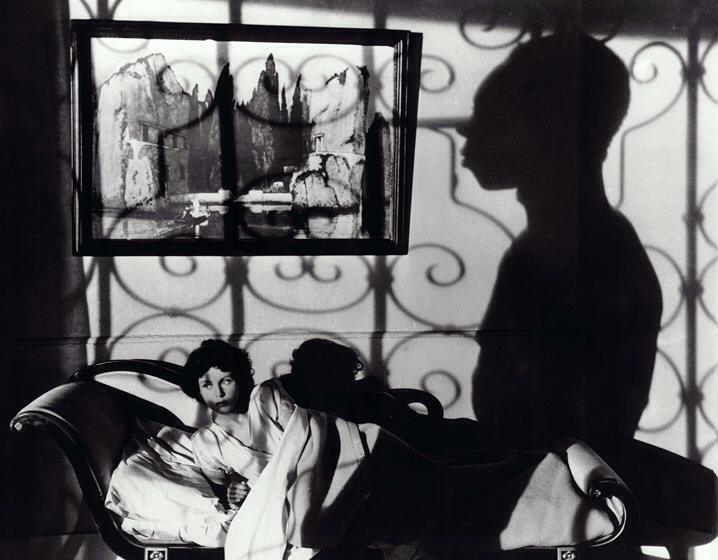